Animals are here at our mercy and it’s a privilege we’ve got that we shouldn’t abuse.

A bear must be seen as something more than a slab of meat, a tub of lard, four paws and a gall bladder. 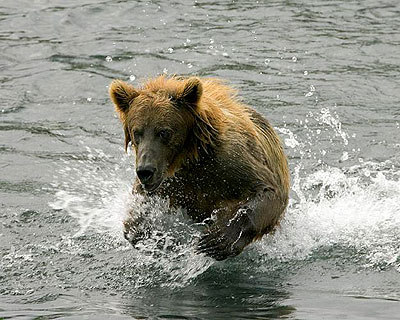 Bears are not companions of men, but children of God, and His charity is broad enough for both… bears are made of the same dust as we, and breathe the same winds and drink of the same waters. A bear’s days are warmed by the same sun, his dwellings are overdomed by the same blue sky, and his life turns and ebbs with heart-pulsings like ours and was poured from the same fountain…

Bears keep me humble. They help me to keep the world in perspective and to understand where I fit on the spectrum of life. We need to preserve the wilderness and its monarchs for ourselves, and for the dreams of children. We should fight for these things as if our life depended upon it, because it does.

Should we allow environmental deterioration to continue, man’s fate may be worse than extinction. 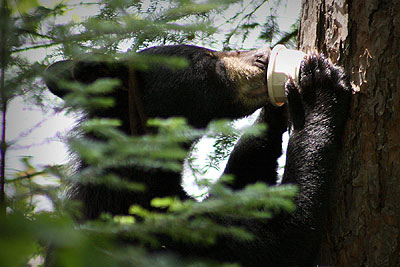 The Siberians believe the bear was lowered in a golden cradle from the sky.

A messenger from the Gods.

The worst sin towards our fellow creatures is not to hate them, but to be indifferent to them – that’s the essence of inhumanity.

What is man without the beasts? If all the beasts were gone, men would die from a great loneliness of spirit. For whatever happens to the beasts soon happens to man. All things are connected.

It would be fitting, I think, if among the last man-made tracks on earth would be found the footprints of the great brown bear.

Alive, the grizzly is a symbol of freedom and understanding – a sign that man can learn to conserve what is left of the earth. Extinct, it will be another fading testimony to things man should have learned more about but was too preoccupied with himself to notice. In its beleaguered condition, it is above all a symbol of what man is doing to the entire planet. If we can learn from these experiences, and learn rationally, both grizzly and man may have a chance to survive. 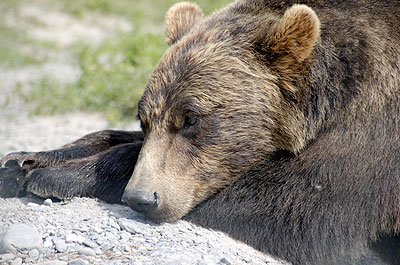 Until he extends his circle of passion to include all living things, man will not himself find peace.

Animals do feel like us, also joy, love, fear and pain but they cannot grasp the spoken word. It is our obligation to take their part and continue to resist the people who profit by them, who slaughter them and who torture them.

An animal’s eyes have the power to speak a great language.

Animals are reliable, many full of love, true in their affections, predictable in their actions, grateful and loyal. Difficult standards for people to live up to.

Animals are such agreeable friends – they ask no questions, they pass no criticisms.

Life is life’s greatest gift. Guard the life of another creature as you would your own because it is your own. On life’s scale of values, the smallest is no less precious to the creature who owns it than the largest…

Those who wish to pet and baby wildlife love them, but those who respect their natures and wish to let them live their natural lives, love them more.

The words of Sally Maughan

Bear rehabilitator for over 20 years

Perhaps there is a lesson to be learned from these cubs. Like children, they are innocent, not yet touched by the trials of the world around them. The bears never ask more than I can give, but they certainly give more than I could ever ask. They never judge, they never seek revenge, they never turn away, they never threaten, they never ask you to be anything but what you are. Isn’t that what we as humans should be doing with each other?

Can you imagine how it feels to be in the depths of sadness and have one of these constantly active bears come and sit next to me for an hour, never moving, just sharing that moment in time, just understanding the need? It speaks volumes. I’ve received more empathy from these bears during those moments than sometimes exists in the world around me. Isn’t that what we as humans should be doing with each other?

They are bears and there is no life force more knowing about who they are and what they are about than bears. They expect to be accepted as they are. They share who they are with me. They invite me into their world to see through their eyes. They don’t ask me to be a bear, but they show me what it is to be a bear. They know who they are and they know who I am, yet we somehow manage to share a world and be the better for it. As cubs, they play, they love, they express, they trust, they give, they laugh, they share, they feel joy, they feel pain, they feel sadness, they seek comfort, and each bear respects the individuality of the other. Isn’t that what we as humans should be doing with each other?

What I give the bears is minuscule in light of what they give me. Is there a greater gift than to be accepted as one of them even though I’m not? Isn’t that what we as humans should be doing with each other?