It can be difficult to tell the difference between a black bear and a grizzly due to the range of colours. There is an old adage that states “the best way to tell if the bear is a black or a grizzly is to climb a tree. If the bear climbs the tree – it’s a black; if it rips the tree out by the roots – it’s a grizzly!”

Most adult bears die as a result of being killed by humans.

A bear will seldom attack man, except in self defence.

A group of bears is called a sloth – the original expression was a ‘slouthe of beerys’. 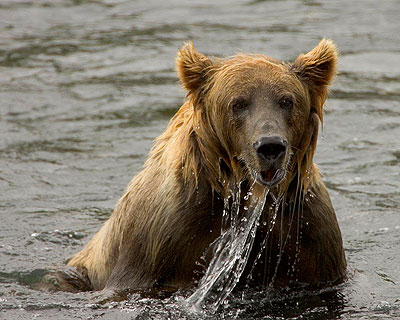 Bears are plantigrade: they put their heel and foot down flat when they walk.

Wild bears live for up to 30 years.

Bears often enter their dens after or during a snow fall. This covers their scent and tracks
making them less vulnerable.

Cubs often remain with their mothers for two years or more. 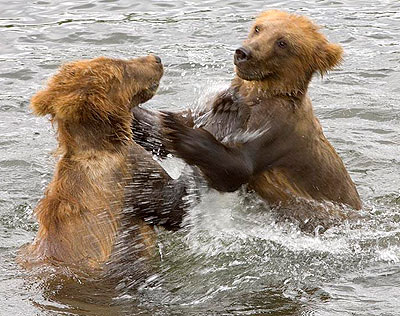 The fur of a bear falls out and grows back each year. Just like dogs, this is called moulting.

Koalas look like they could belong to the bear family and are often called bears, but they are,
in fact, marsupials.

Chinese Legend of Why the Panda is Black and White

Many years ago, when the pandas were all white, they went together to the funeral of a young girl. As a mark of respect they covered their front paws with ashes. They wiped their crying eyes, hugged each other in sorrow and covered their ears with their paws to block out the crying sounds. When they touched themselves in these places, the ashes stained their white fur and so we have the panda we know today.